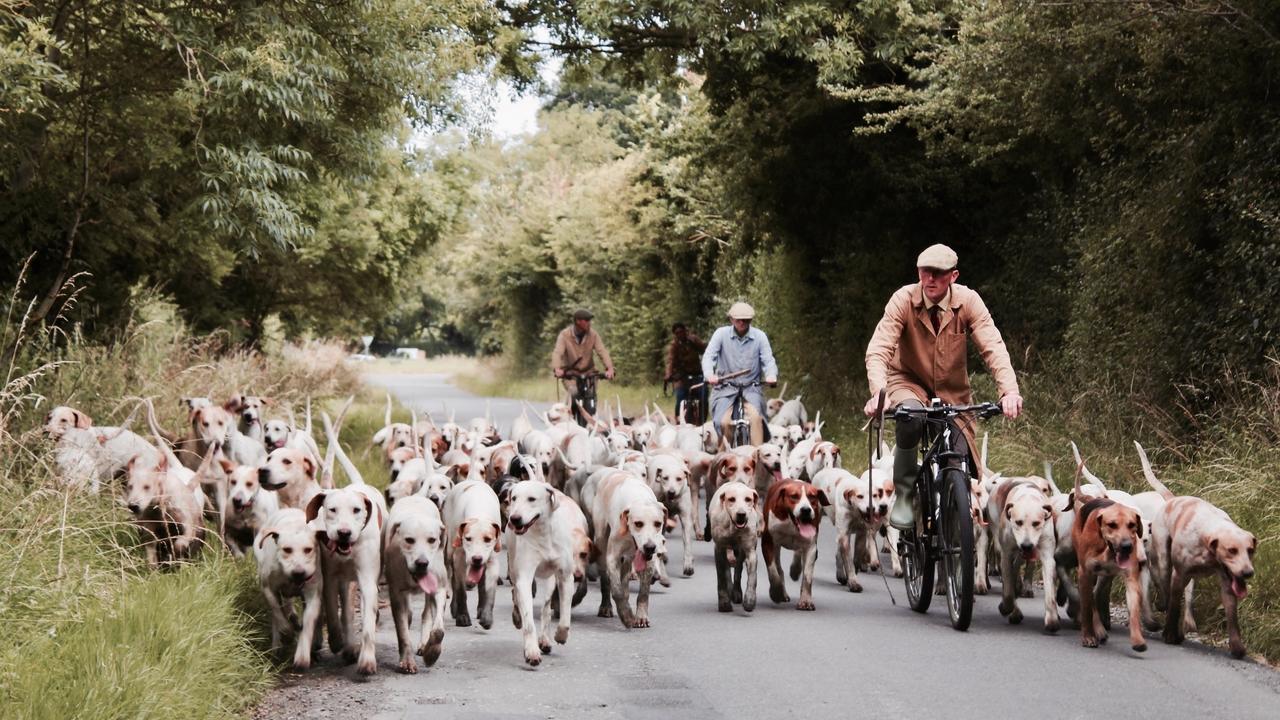 In many cases, the paraneoplastic syndrome (PNS) is the first sign of cancer, so being able to recognize it can lead to an early diagnosis (and potentially a better outcome).

In Part 1 we discussed cancer cachexia, gastroduodenal ulceration, hypercalcemia, hypoglycemia, and fever. All of these paraneoplastic syndromes were explained and discussed in detail.

Anemia
Anemia (reduced red blood cell count) is common in veterinary cancer patients. It is most commonly due to something called anemia of chronic disease (ACD), but can also be caused by immune-mediated hemolytic anemia (IMHA) and other conditions that I won't describe here.

Hypertrophic Osteopathy
Hypertrophic osteopathy (HO) involves the development of new bone (periosteal proliferation) and typically starts in the digits and progresses to long bones (although other bones may be affected).

This can occur with either benign of malignant tumors but is most commonly noted with primary lung tumors (cancer starting in the lung) and pulmonary metastasis (cancer spreading to the lung from another organ).

Dogs with HO are usually reluctant to move, may have a shifting leg lameness, the affected areas are warm to the touch and may be swollen. These dogs are exceedingly painful and may also have a fever (due to pain).

The diagnosis is easy - there are classic changes on radiographs (see below). 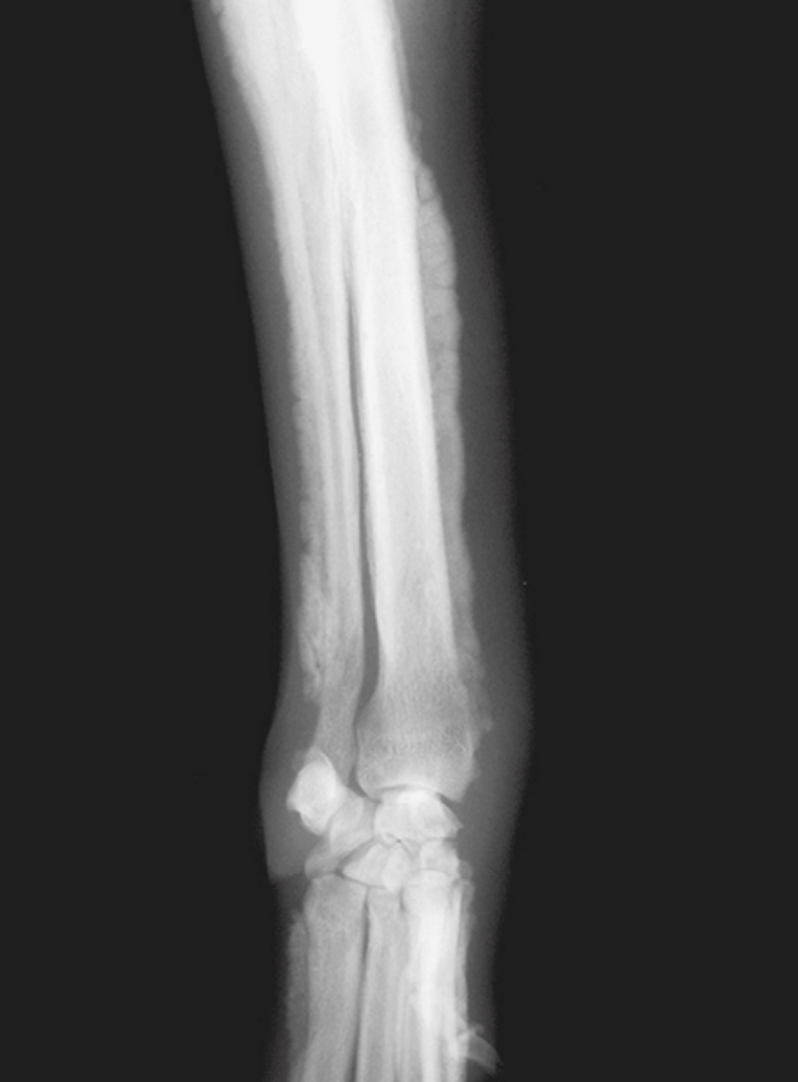 When possible, the primary tumor should be removed. There have been reports of HO resolving if the primary tumor is successfully treated. When this isn't possible, palliating the signs involves treating pain with medication such as NSAIDs, gabapentin, etc. I've also had success in providing comfort by adding acupuncture to the analgesic regimen.  It's now also common to treat with zoledronate (monthly injectable bisphosphonate).

Myasthenia Gravis
Myasthenia gravis (MG) is a disorder involving the failure of signals to transmit appropriately from nerves to muscles. This occurs because specific antibodies are produced to receptors at the neuromuscular junction. Diagnosing this disease involves finding evidence of antibodies to these receptors using a blood test.

The most common tumor associated with myasthenia gravis is thymoma (a large tumor that forms in the chest, in front of the heart), but it has also been reported to occur with lymphoma, osteosarcoma and other cancers in dogs.

Myasthenia gravis is not always a paraneoplastic syndrome; there are other causes, for example, some dogs are even born with this condition.

These patients often develop aspiration pneumonia because food particles are inhaled instead of swallowed during regurgitation, which is can be fatal.

To decrease the risk of megaesophagus it is recommended that patients are fed small "meatballs" of canned food upright in a Bailey Chair. Families are then instructed to have their dog sit in the chair for about 30 minutes after each feeding to increase the chance of the food actually reaching the stomach.

The image below is an example of a Bailey Chair (from vcahospitals.com) allowing for upright feeding. 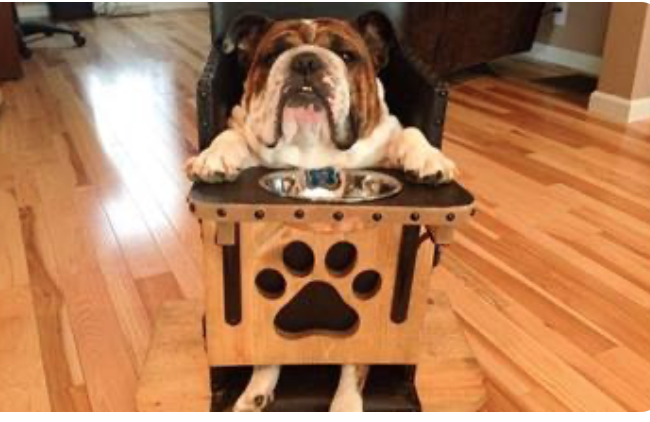 Megaesophagus can resolve if the primary tumor is removed or successfully treated, but doesn't always (unfortunately!).

There are MANY other paraneoplastic syndromes that help vets and oncologists diagnose cancer - too many to cover in these articles. I hope you found learning about a few of these conditions helpful.

(1) Is Humane Euthanasia Humane?
(2) The MDR1 Mutation - What it is and why you need to know!
(3) Cannabinoids and Your Canine 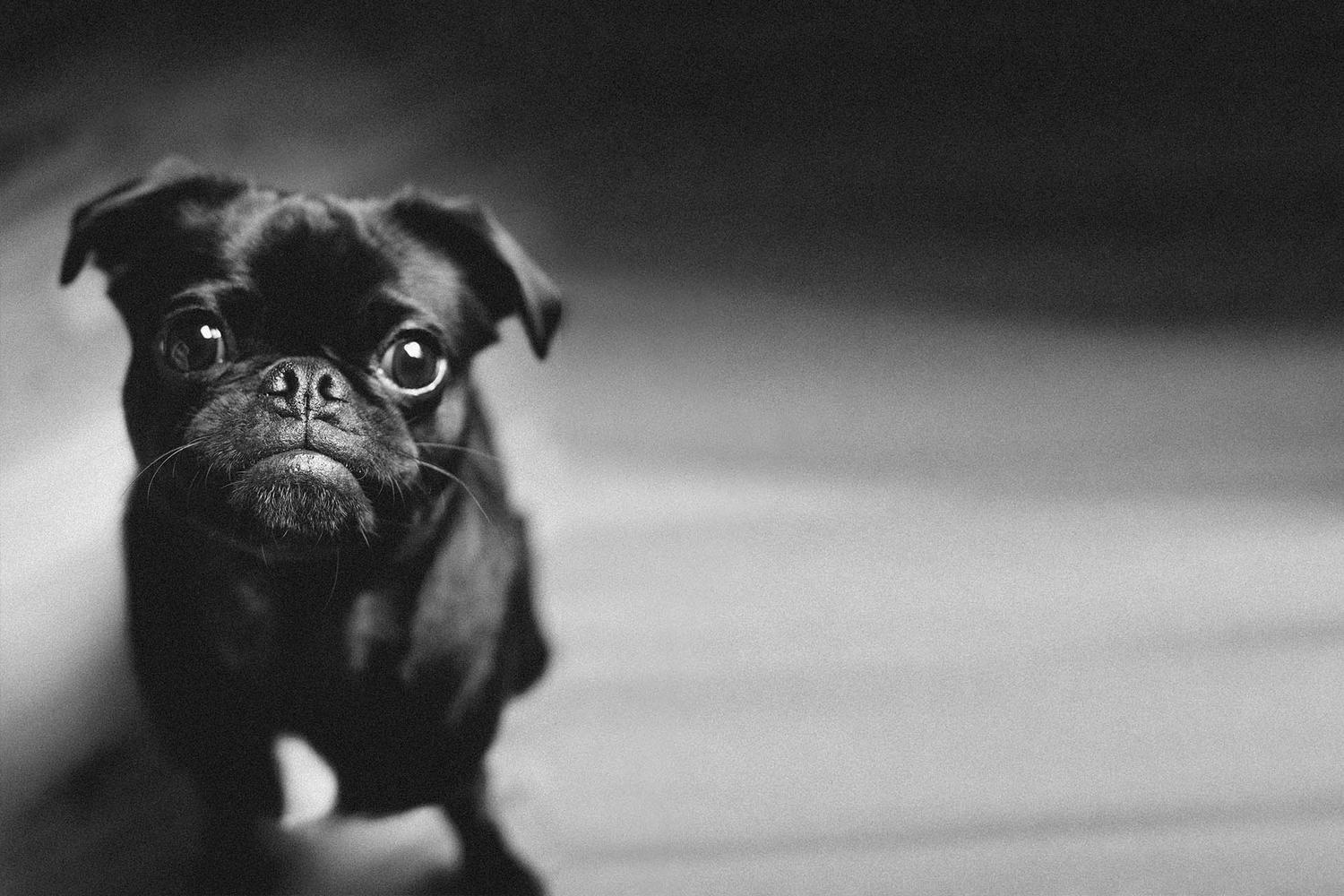